The Cognitive Biases that Emerge from Search as Learning

In this current era of “fake news” accusations and pandemic misinformation, the public is left to dispel misinformation via their own research skills. Compounding this challenge of encountering online misinformation are the “Stay at Home” protocols forcing student to learn outside of the classroom and more on their online research skills. To address these issues, it is important to question how online research leads people to misinform themselves? Can Google’s algorithm unintentionally bias users? This dissertation approaches these questions with three cumulative studies (N=164). The first study asked students (N=60) to interact with a mock Google page. The query was about a science topic that contained multiple valid perspectives. Participants first ranked the usefulness of the search results and then used them in a writing task. The study discovered that Google’s presentation of results (i.e., the order and genre of the sources presented) influenced how students wrote about the topic. Four types of cognitive biases explaining this discrepancy were identified (i.e., Priming, Anchoring, Framing, and the Availability heuristic). The most concerning of the four was the Framing bias. Framing occurs when the wording of information influences people’s decisions. For example, prior studies found that framing the famous prisoner’s dilemma as a “collaborative task” influenced people’s altruism. Similarly, this dissertation found that Google’s algorithm framed results to influence the participants’ interactions with specific results at the expense of more useful ones. The second study repeated the first’s methodology, but examined whether experts (N=40) on the query’s topic were affected differently than the general student population. The four cognitive biases were detected again, but the Framing bias influenced less experts (47%) than novices (73%). Interestingly, in both studies there were some participants who were not significantly affected by framing. The third study in this dissertation (N=50) investigates why and how these latter participants avoid framing. The methodology of the first two studies is repeated, but this time the entire search task itself is purposely framed to examine whether and how participants counter a frame’s influence. Understanding how the participants avoid biases will provide insights for developing digital search skills for both students and the general public. 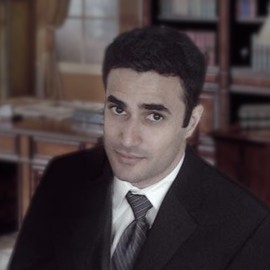 Alamir Novin is a Ph.D. candidate attending the School of Information at UBC. His research experiments with the cognitive biases that affect users searching online. His research is interdisciplinary and won awards from conferences in three different areas: education, humancomputer interactions, and information retrieval. He’s associated with various academic organizations at UBC including becoming the first president of the Doctoral Student Association and was the former PhD representative for Designing for People (a large interdisciplinary collective at UBC interested in human-computer interactions). Throughout his time with these various organizations he spread awareness of the importance of the public’s responsibilities in science communication.